Neem for Skin and Detox 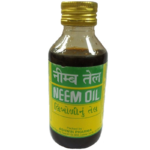 Neem for Skin and Detox

Ayurveda  uses Neem leaf and oil more than any other herb for Skin problems from A to Z.  . Neem leaf extract is taken by mouth for Skin disorders from Acne and Hives to Eczema and Psoriasis. Neem oil is used topically on tinea, fungal infections, psoriasis, eczema, and rosacea.

The Neem tree is a large evergreen that grows all over India. We are growing Neem in San Diego now, there is a beautiful young Neem tree growing in the herbs garden in Balboa Park.

Every part of the Neem tree is used medicinally. The two main ways Neem is used for humans is by cooking and processing the leaves into a pate or powder, and by extracting oil for the seeds of the neem fruit. Neem oil is used primarily on the outside of the body, while Neem leaf, when processed with Triphala, is taken by mouth.

The Varieties of Uses Of the Neem Tree in Village India

The Neem tree is called the village medicine tree because all parts of the tree are used medicinally.

From the leaves are made medicinal powders, taken in capsule or paste form, from the twigs and bark are made tooth powders, paste, and medicinal soaps. In the village I lived in, Kanadukathan, in Tamil Nadu, India, one would see local inhabitants breaks off a small twig from a neem tree in the morning, crushe the end between her molars to make a brush, and leisurely cleans her teeth, one at a time, with its end, which exudes a bitter, anti-bacterial essence.

I used to see old women squatting in the shade of the ancient Neem by the water reservoir near the Hindu temple gathering Neem fruits in the pocket made by a fold of their saris. They would take these home and grind a beautiful soft thick oil out of the seeds.

They would use this Neem oil topically for skin disorders, and  even as a contraceptive. Neem oil is also the source of a powerful insecticide!

In Ayurveda, Neem is used to maintain healthy skin, to detoxify the liver and blood, and to reduce excess Pitta and Kapha.
Neem’s Ayurvedic Energetics are as follows: Its taste is bitter, its action is cooling, and its post-digestive effect is pungent.

Therefore it is balancing for Pitta and Kapha, but may aggravate Vata if used in excess and not balanced with other medicinals. See below for more on Ayurvedic theory

Neem is a Natural Plant Steroid

It should be noted that among other chemical constituents unique to Neem, all parts of the plant yield b -Sitosterol, a natural plant steroid, probably responsible in part to ints anti-inflammatory properties.

Traditional Uses of Neem Leaf Extracts and Oil in Ayurveda

The Effect of Neem on the Doshas–Pitta and Kapha

But because Neem is bitter, cold, and has a post-digstive pungent effect,  taken by itself it will strongly aggravate Vata. That is why in classical Ayurvedic pharmacology, Neem is always processed with Triphala…or made into a paste with honey. This is to offset its Vata-aggravating qualities.

So if you open your Neem capsule and see ground of dried Neem leaves, you are asking for trouble if you are a Vata or Kapha type.

Neem is one of the most powerful blood purifiers and is also known for its strong detoxification properties. It has traditionally been used in diseases and disorders that need blood purification, liver cleansing, and toxins cleared from all the various tissues of the body.

It also is used to support the immune system, which added to its other properties explains why it is commonly used for a variety of skin disorders involving irritation, inflammation, allergy, and immune weakness. It is said to have a special affinity for the tissues of the skin organ.

Times You Should Not Use Neem

Neem should not be used with Pregnancy, hypoglycemia, extreme fatigue, emaciation, high vata

In India there has been tons of research on Neem’s use and effectiveness. Here is a summary.

Neem has an almost magical effect on chronic skin conditions that often fail to respond to other treatments. It has scientifically tested for its ability to reduce blood pressure, blood clots, cholesterol levels.

Continuous use for more than a month is not advisable unless it is used with ghee and honey (which balance the drying and cooling properties) or mixed and blended with other herbs.

This is why at this point in time I use only Ayush Brand Neem Plus, in which the Neem Leaf has been prepared according to traditional methods, with Trifala, Manjeeshta, and Tinospora cordiflia.

Moreover, Ayush then takes the traditional preparation and makes an extract, making it much easier to digest and assimilate. If you open an Ayush NeemPlus capsule, you will see that it is a dark, uniform, mix of granules, with an extremely bitter taste.

Compare this with another well known Ayurvedic company’s products, available at a major Health Food chain.
This is their info from their web site:

As you can see, besides containing all kinds of undesirable tableting agents, their product consists of unprocessed powdered Neem leaf.

This is wrong. Powdered leaf is never used this way in Ayurveda, it is ALWAYS prepared by heating and mixing with other herbs like Triphal, to protect your digestive tract and make it possible to absorb the micronutrients.

Humans are not goats. We do not have the digestive tract to eat dried Neem leaves. So, this is not practicing Ayurveda.

A Brief Intro to Manjeeshtha, and Gudduchi, the two Herbs added to Neem and Trifala in Ayush brand  Neem Plus

The roots of Manjeeshtha are credited with tonic, astringent, antidysenteric, antiseptic, mild diuretic and detoxification properties. They are used in rheumatism and form an ingredient of several Ayurvedic preparations.

The roots are said to be active against Staphylococcus aureus and are made into a paste for application into ulcers, inflammations and skin disorders.  Its use dates at least from 600 B.C.E., where it is mentioned by Cakradatta for use in Pityriais Versicolor, a form of Psoriasis.

The stem is used in dyspepsia, fevers and urinary diseases. The plant is used to improve the immune system and the body’s resistance to infections. It is also an effective immunostimulant.