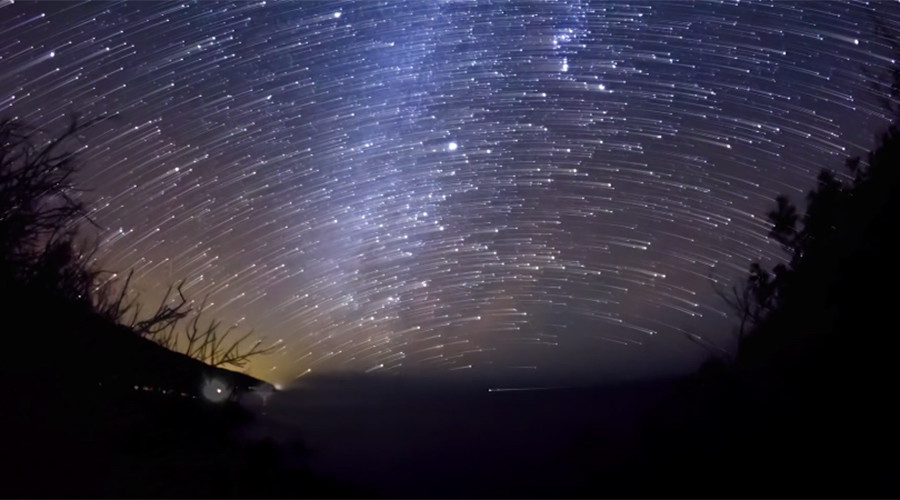 Tonight’s annual Perseid meteor shower got me thinking about the theory of the five elements in Ayurveda and Chinese medicine..

Chinese Medicine and Ayurveda Describe Life as a Process of Transformation

Chinese Medicine and Ayurveda Describe Life as a Process of Transformation by Fire of solids, (food) liquids (water) and gases (air) into energy.

The key point in both systems of medicine is that Life is a Warm Process, not a cold one.

The Roles of Heat, Cold, Moisture, and Dryness

The creation of life in its smallest bacterial forms is dependent on the sun and on heat. The tropics are teeming with bacteria, as are your armpits, groin, and between your toes. Why? because both locations are replete with heat and warmth, fire and water.

On the other hand, at the North and South Poles, there is no plant life, and only recently have scientists discovered the presence of bacteria there. But even that bacteria is no easily found, because cold inhibits transformations in the life cycle.

The bodies of unfortunate explorers, mountain climbers, and paleolithic women and men are preserved in glaciers and on mountains. Fish and blueberries are preserved in your freezer. This is because while heat creates movement, cold retards movement. Ice cold prevents the transformations of biological energy necessary for most life. Its one reason why you don’t find life on the moon.

And the reason why their is far less obvious life in the desert than the tropics is because of the lack of water and moisture. Life needs moisture. When you do see life in the desert its usually because some moisture was able to accumulate, underneath a rock, three feet underground, after a Spring rain, and where there is an underground water source at an oasis.

This is why we can also preserve life by drying. The secret of mummification. The secret of freeze dried coffee. Why you find beautiful animal skeletons in the desert, but not in the rainy forest.

Balance of the Elements versus Extremes

But both cold and heat at their extremes create dryness inimical to life forms. The secret of life is balance. Both in nature and in humans. The right amount of heat and moisture creates perfect conditions for living. Excessive heat, unbalanced by cool water creates fire that destroys nature and living things.  In the cycle of life that destruction yields new life forms in its aftermath.

After the forest fires in San Diego a few years back the wildflowers, the blue and purple lupine that grew in their ash, were three times their normal size.  Animals like cows kill plants by eating them, and we kill cows the same way, and the fine nitrogenous by-product of their flesh expelled from our digestive tract is fertilizer.

Fiery Liquids of the Digestive Tract

And that process of breaking down cow flesh or any other flesh from broccoli to beef in the human gut takes place thanks to the fiery liquids of saliva, hydrochloric acid, pancreatic enzymes, and bile. These liquids are associated with Pitta dosha, because they act in the body as fire does in nature.

What does fire do in Nature? On the sun, the single most important energy source on earth,  it transforms hydrogen and helium gas into energy in the form of light and heat. The Pitta sun consumes Vata gas.

On earth, sun-like fire converts solids like trees into light and heat, with the by products of gases and ash.

How Wind, Earth, and Fire Combine In our Bodies as Vata, Kapha, and Pitta

In our body, our mechanical force of chewing with boney Kaphic teeth, along with the fiery liquids mentioned in the paragraph just above transforming solids and liquids into energy carried through the body by the fiery liquid of blood. While the blood itself is associated with Pitta, the movement of the blood, as with all movements in the body, is associated with Vata–Wind.

Thanks to the fiery enzymes in the blood and cells, the crude material carried by the blood is further broken down into energy at the cellular level. The by-product of all this is Kapha-Pittia feces and urine, concentrated forms of energy as nitrogen and other minerals which can then be used to grow more food.

The Yin and the Yang of Transformation: From Life to Death and Back to Life Again

An animal dies in the forest, over time her body is broken down by bacteria in the process of decay. But its that same life form, bacteria, that is the beginning of life (not counting the even smaller viruses if you want to be exact)

Thanks to Pitta Fire. Foods High in Bacteria Like Pickles and Kimchee Are Sour and Stimulate Digestive Fire

This is a kind of movement, the breakdown of things from one into another, from food and air into blood and Qi and waste product. This is what fire does in nature, as well, it breaks things down, it turns wood into smoke and ash. The transformative nature of Agni, which lives in spades in Pitta dosha which is fire and fiery liquids, like the sun and volcanic magma.

Whereas cold causes stagnation in human being as in nature. Proof? Cold freezes water by slowing down the movement of molecules.  Cold inhibits the flow of blood and fluids which is why you put ice on a swelling or a bruise.

This is why cold is so hard for Kapha which is cold water and earth. When baked by the fire of Agni this material becomes bricks–Kapha’s are naturally strong when balanced. But when over-cooled by too much water, as in from a diet heavy in sweet foods, Kapha becomes like mud and you just sink down into it like a couch potato in front of a t.v. with a beer in one hand and pizza in the other. Instead of a having a sturdy immune system, this Kapha develops phlegm and bad body odor.

Space and Vata: The Final Frontiers

Space is the ultimate cold dry ether, which is why Vata in Ayurveda is made of Space (Ether)  and Wind (Air).

Wind is moving air. Your clothes dry faster on the line if its windy, or hot. Pitta elevation can be drying to fluids, but Vata is innately dry. Space is very very dry and wind is drying.

Vata is cold and dry and light and etheric and naturally quick and philosophical, which is what space and wind are. Proof? These meteors contain ice that has been orbiting in space without melting some of them for a thousand years. Some deep freeze space.

And the philosophical bit. Well that’s simple. What is more profound and naturally philosophical than lying on your back on an August night and contemplating the vastness of space and time.

Kapha is Massive and Dense and Can Easily Influence Vata

What is interesting is that Kapha is massive and dense, like Earth. Concrete Dams. Giant Mountains. Massive Berms. Ancient Pyramids worn down by wind over great periods of time.

And this year’s Perseid meteor shower is gonna be grand, because of the effect of giant massive Kaphic Jupiter’s great size and mass, whose gravitational effect will tug three streams of meteors towards our planet’s path for a glittering show.

Here’s the take home message: Everything in Ayurveda and Chinese Medicine is based on close observations made about nature and how it works itself out in the human microcosm. Everything on earth and in space that you can see with the naked eye is made of some combination of the five elements as expressed in Ayurveda and Chinese medicine, either Space, Air/Gas, Fire, Earth/Mineral, or Water/Liquid.

There is nothing in the physical universe whether on earth or space that cannot be described via the 5 elements of nature. This is not woo woo; just premodern science. Nothing about science since the discovery of the microscope does anything to invalidate this theory, it just adds to it. And understanding that is the key to understanding humoral medicine like Ayurveda and Chinese Medicine. They are based on timeless truths derived from basic scientific method of observation, or empiricism.