Ayurveda to Prevent Flu and Colds in Winter 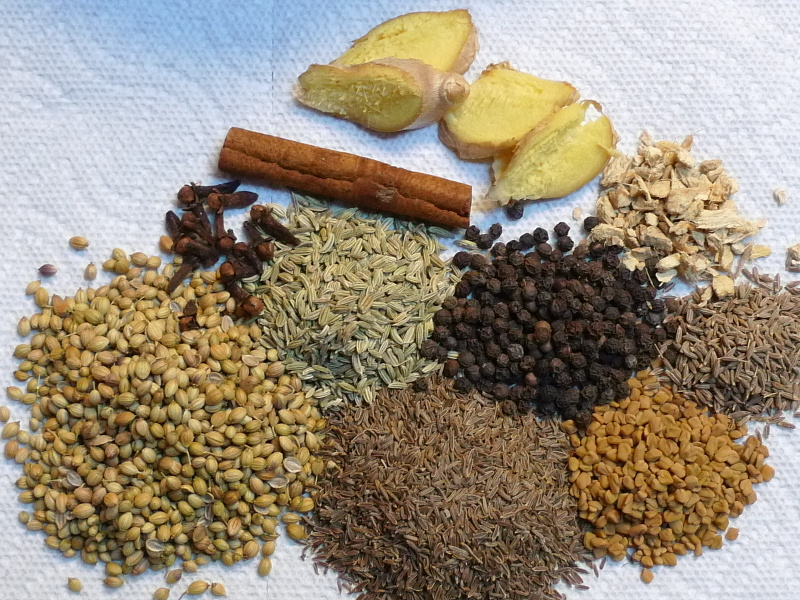 When we speak about using Ayurveda to Prevent Flu and Colds in Winter, we are talking creating the healthiest immune system possible. Yes, flu is caused by a virus. By why do some people get sick and others not?

What does it mean to have a diet that goes with nature?

Summer and Winter: Eat Food in tune with the Seasonal Energy

Summer and Winter are to the seasons what the equator and poles are to the physical earth. No one has to tell you to dress warmly at the South Pole or lightly Malyasia.

Summer is like the weather in the equator is year round, hot, with maximum sunlight at the solstice, and maximum stored heat in late July and August.

Winter is the opposite, with the maximum darkness at solstice, and maximum cold and damp in January and February.

Just like you don’t need your grandmother to remind you wear warm clothing in Antarctica, in most cultures outside the USA its natural to eat in tune with the seasons.

Eating with the seasons protects us from the natural excess of the season–fire and heat in summer, cold and damp in winter.

Vata and Kapha Dosha are Both Elevated by Cold

Using Ayurveda to prevent flu and colds means a diet that supports your system in adapting to and resisting the effects of the natural excess of the season.

Just as we eat watermelon and cucumber in summer to cool off, we need to eat warming foods to protect against the cold of Winter.

The Ayurvedic dosha that is the expression of cold and damp is Kapha dosha. Everyone’s Kapha elevates in Late Winter and Early Spring, the time when the snow accumulates and then melts.

This is why we eat a Kapha pacifying diet at this time of year that is is warming, and even stimulating, with herbs like cinnamon that warm the Qi and help it move.

In early Winter and Late Autumn, when its cold, but often quite dry, we eat food that is grounding, and strengthening, even moistening, to balance the affect of dry cold. Dryness and cold elevates Vata dosha, and Early Winter Late fall is the time of year when everyone’s Vata elevates.

It makes no sense at the North Pole to drink ice water and eat frozen yogurt. It makes no sense in Winter for the same reason.  It’s already cold outside, our challenge is how to stay warm.

You don’t go snowboarding in the alps without a jacket. You don’t sleep in winter without a blanket, If you are lucky you don’t sit in the house with no heat on. So why would you eat food that makes you colder?

Although M.D.s are quick to point out colds are due to infection with a rhino virus, we call them colds and not hots, for a reason. We do, in fact, catch colds after catching a chill.

I suspect that over exposure to cold and wind must weaken your immune system to make you more susceptible to a virus you are then or already have been exposed to. In any case none of those M.D.s walk down the street in Chicago in February in a bathing suit.

Cold Foods Are Detrimental to Kapha and Vata

Kapha dosha, having the nature of Earth and Water, when balanced is really strong. Think defensive linebacker in American football.

But, when unbalanced Kapha dosa becomes phlegmatic and yeasty. Kapha types become prone to flu and cold because the toxic gunk associated with Kapha elevation, Ama, clogs the shrotas or channels.

Vata Dosha, having the nature of Wind and Ether is not naturally strong under the best of circumstances. Vata has to work harder to be strong. Vata’s abhor cold and when weakened catch cold and flu at the drop of a hat.

Using Ayurveda to prevent flu means keeping these two doshas pacified. Eating a sensible diet that balances the effect of nature in Winter will do just that.

Use Ayurveda to Prevent Food by Avoiding Cold Food in Winter

Cold food and beverages are those which cool you off, that make you feel cooler. Some are obvious, like the glasses of water filled with ice they serve in restaurants.  Or cucumber.

Salad and raw fruits and vegetables are naturally cooling. Your body does the cooking. It takes energy which is is heat, to break down the cellulose.

Raw food is nice and cooling in summer. Salads are refreshing. But your body has to “cook” the cellulose in raw foods, so they will rob your body of heat. They are good in Late Spring and through the hot weather of late Summer. If you want to use Ayurveda to prevent flu eat cooked veggies instead.

One of my pet peeves is the way people have been brainwashed by health food industry into drinking coconut water year round. Coconut water is very very cooling. Its an intelligent hot season drink, exactly because it cools your system.

This is not an issue of electrolytes. Coconut water does not cleanse. It does not rid your body of imaginary toxins. In fact, drinking or eating cold food to excess creates toxins by weakening the Agni digestive fire that burns off toxins.

Coconut water is the most cooling of foods, which is why people drink it in India in the hot season. But in the rainy season, or cold season, you can not even find young coconut in the market, and if you were found drinking it in the rainy season folk might assume your were mentally ill.

Other cold foods to avoid are ice cream and yogurt. Some yogurt is fine at noon, but not at night. Follow the general Ayurvedic advice to drink liquids room temperature or warm/hot.

If you drink milk, drink it hot, simmered with ginger root, cardamom, or clove. Mediterranean Sage Tea is excellent for warming up after being out in the cold. Get it at Greek, Persian, or Arab markets.

Another great tea is the classic Ayurvedic mixture of Ginger, Cumin, and Fennel. I also like plain ginger tea made with fresh ginger. Here is a ginger tea blend I once made at a friend’s after a long cold walk.

Stick to apples, pears, and other stone fruits. Persimmons are in season in Autumn. Dried fruits like dates are good year round, and other dried fruits are especially good in winter cooked or baked in stews or cookies.

Avoid bananas and too much citrus, as these are quite cooling, especially if you have allergies or asthma or a cold. Get your Vitamin C from cabbage or other sources.

Avoid cold veggies like cucumber, raw tomato, salads. These are “cold” foods that dampen Agni. In Summer they are fine, because Agni is naturally strong then.

There are regional exceptions. A long hike in the desert sun in San Diego might lead to a small amount of cucumber with lunch, for example.

Drink lots of soup! Soups are easy to digest and moisten and lubricate the mucosa in the nose and throat, making it harder for Rhino viruses to penetrate. This is a good time for warming fish or meat soups with veggies in them like bouillabaisse made with salmon, or chicken soup with garlic and onion and dill.

Keep your insides warm with thermogenic spices. Cumin is an excellent burner of Ama. So are ginger, black pepper, coriander, oregano, thyme, sage, fenugreek, fennel. If you drink milk, drink it hot simmered with ginger, cardamom, clove, cinnamon. Add tea and you have Masala Chai!

Turmeric is an excellent spice that builds immunity and reduces Ama. So is fresh ginger. Use them in lentils, beans, meats and veggies. Any Indian cookbook or cook website will have great recipes. But substitute black pepper for chili pepper unless you are very Kapha dominant.

Sweet foods, which have the nature of water and earth, naturally dampen and bury our Agni, the fire that is the basis of our metabolism and digestion.

Have them in moderation, especially in early Winter, but take them separate from a meal, in small amounts at the end of a meal, and have them with something that stimulates the digestive fire, such as green or black tea, or herb tea made from ginger, fennel, or chai spices.

Make your homemade cookies (I have some good cookie recipes on the blog) and cakes with less sugar and with spices like cardamom or cinnamon. Stewed fruits are a better choice than cakes. Stew with cinnamon, nutmeg, cardamom, or clove. No ice cream or frozen yogurt in Winter, please.

Honey is the most warming and least Ama-building sweetener so it is a good choice in tea and beverages with colds; also it acts as a mild expectorant.

But don’t cook with it, or add it to beverages just off the boil. Let them cool to the temp you will drink it at. Ayurveda is against cooking or heating honey and believes it transforms this wonderful medicine into a poison.

And if you do get a cold or flu-In Ayurveda we ramp up the body’s internal fire, called Agni, to deal with colds and flu, while pushing fluids and rest. This is a formula I learned about in Sri Lanka, that works really well, especially when in fever, as it makes you sweat if drunk in large amounts, and helps to “burn off” the virus. Also helps with gut symptoms.From the Ayurvedic perspective it strongly reduces the Kapha and Ama that are elevated when there is a cold.  Dr. Wickeramasinghe’s Cold and Flu Tea