Over the millenia Chinese physicians developed a very effective and scientific (empirical) model for assessing health and disease. Practitioners assess a person’s health by feeling the quality of the pulses at each wrist, and by observing the color and form of the face, tongue, body, voice, and manner of expression. This information gleaned from looking, touching, listening, and smelling (The Four Pillars of Diagnosis) is integrated with an elaborate series of questions (asking, or The Ten Questions) about digestion, elimination, sleep, mood, body temp, pain sensations, menstrual cycle, relationships, work habits, living habits, and prior health history that, considered together, portray the specific expression of health and disease that manifest in a given individual at a specific moment in time. 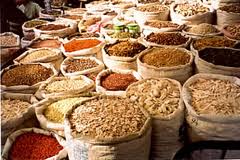 This specific expression of illness in an individual is called the Pattern of Disharmony, Bian Zheng in Chinese Medicine. Each specific Bian Zheng corresponds to a specific base therapeutic protocol of acupuncture, herbal formula, diet and or lifestyle modification that is, in turn, specially tailored to accommodate and improve the individual’s unique ecology and terrain.

Consider, for example, two people with the bio-med defined disease of Asthma. One, is a happy-go-lucky, overweight, red-faced, 45 year old man with an excessive appetite, a frequent craving for iced beverages, but with reasonable elimination, sleep and rather oily skin. His tongue is swollen and red with a greasy yellow coating. His pulse is bounding and slippery. His blood pressure is slightly high and his voice is louder than it needs to be for the room he is in. He laughs a lot during the interview and his body odor is quite strong. His asthma is worse after eating and is complicated by seasonal allergies to ragweed and pollen.

The other asthmatic is an anxious, nervous, underweight 31year old woman with dark rings under her sad-looking eyes, dry skin and hair, fatigue, poor appetite and a tendency towards constipation. Her tongue is shrunken and red with many cracks and is dry and without coating. Her pulse is fine, rapid, and weak, and her voice soft and uncertain. She has difficulty answering questions about herself and exhibits a somewhat flattened affect. Her menstrual periods are brief, painful, and lighter than normal. Her asthma, which began in childhood, is worse at nighttime, during times of emotional stress, when she is restless and suffers occasional palpitations. She has a history of late bed-wetting.

While these two patient’s cases do overlap with what the bio-med system calls asthma, in Chinese Medicine they are actually seen as having two very different patterns of disharmony. In Chinese medicine they both have signs of “heat,” but one is combined with signs and symptoms of “dampness” and is a replete or full heat, while the second is a function of vacuity or empty heat with yin vacuity and lack of fluids.

Each of these two patterns of disharmony is seen in Chinese medicine as emblematic of the soil in which the disease has taken root. Whether the important factors have been genetics, diet, or lifestyle, the pattern of disharmony is the rubric upon which the treatment is based. Different pattern different treatment: different acupuncture, herbal medicine, dietary therapy.

To read about the different kinds of diet these two patients might be prescribed, go to Diet and Nutrition in Chinese Medicine and scroll to the end.